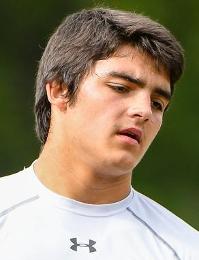 Running Back
B I O
Announced a Clemson offer on 7/17/19. Shipley was the N.C. Gatorade player of the year and the Charlotte Observer offensive player of the year as a junior. He was also named a MaxPreps All-American. Ran for 2,648 yards and 42 touchdowns as a junior....led high school to an unbeaten season and a second straight state championship.