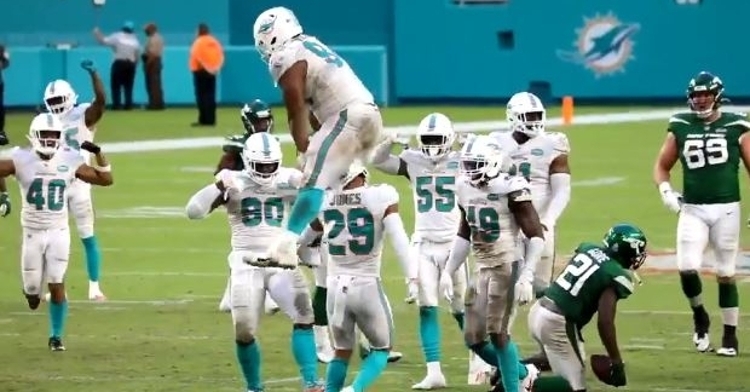 Wilkins was jumping for joy after this defensive play

Former Clemson defensive lineman Christian Wilkins was known for having fun on the gridiron and celebrating with his teammates during his collegiate career at Clemson.

He hasn't stopped having fun in the pro ranks.

On Sunday against the New York Jets, Wilkins showed off his insane athletic ability and his love of celebrating by jumping over a standing teammate after a defensive play.

For the game stats-wise, he had five tackles, a sack, and two pass deflections.

Check out his celebratory play below: