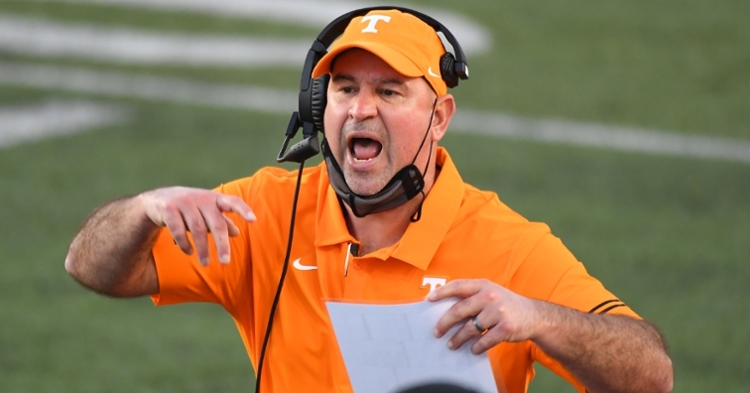 “Your failures are likely to lead to significant penalties to the University and has jeopardized the eligibility of our student-athletes," the school wrote in a termination letter to Pruitt.

Three months ago, Pruitt received an extension, and a raise on his contract ($4.2 million annually) that ran through Jan. 31, 2026.

In 2020, the Volunteers endured a lousy six-game losing streak that matched their longest skid since 1988.

Pruitt ends his three-year run with the Vols with a mediocre 16-19 overall record, including a winless 0-9 record against Alabama, Georgia, and Florida. That's pretty brutal.

Amazingly, Butch Jones remains the only Tennesee head coach to last more than three seasons since Phil Fulmer's firing as a head coach.

I guess the saying 'you don't know how good you have it until it's gone' is relevant here regarding their coaching blunders post-Fulmer. Their next head coach will be the sixth one in the last 14 years.

Tennessee owes Pruitt about $12.6 million on his contract. It is unclear if UT and Pruitt have reached a negotiated settlement on the money he is owed. UT hired a law firm, led by Michael Glazier, on Nov. 19 to help with the internal investigation

You know things are bad when you sort of reflect with a fondness about the Butch Jones years that makes you feel a bit sick inside. #Vols