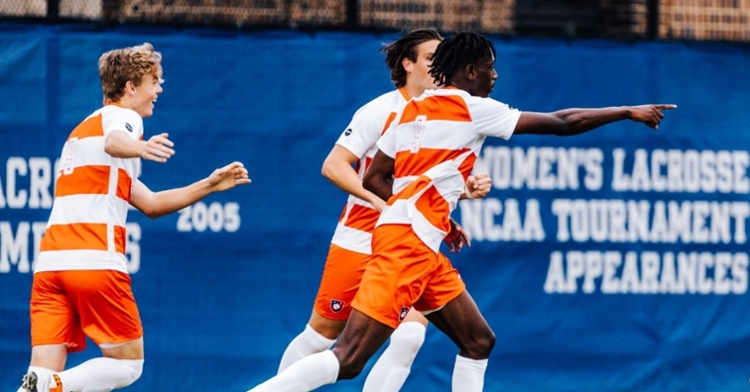 CLEMSON, S.C. -- For the 32nd week in program history, Clemson men’s soccer is the nation’s top-ranked team. In the final Top 5 national poll of the season, United Soccer Coaches placed the Tigers atop the rankings after defeating last week’s No. 1, Pittsburgh, by a 2-1 margin in the ACC Championship match. This is the second time in Head Coach Mike Noonan’s tenure at Clemson that the Tigers are No. 1, with the first occurrence having come on Nov. 12, 2019.

Today’s announcement places the Tigers within the association’s Top 5 for the ninth time this season. The team’s previous best ranking was second, which had been accomplished twice during the campaign.

The ACC has been represented by four or more schools in each of the association’s weekly polls. The conference occupied all five positions in the polls released on Sept. 22 and Nov. 10.

In the final poll of the season, #ClemsonUnited is ranked as the No. 1?? team in the nation! pic.twitter.com/7pGRIYGxoa