It looks like you are using an ad-blocker. You may not have realized, but our team is mostly supported by ad revenue. TigerNet has provided free Clemson sports news for over 25 years. Help us keep doing that by turning off your ad blocker or joining our ad-free membership level. Thank you!
Go Ad-Free! Continue browsing TigerNet with your adblocker active with a monthly or annual Orange Level membership.
Allow sponsors to pay for your browsing Disable your adblocker on TigerNet and ads will fund your browsing.
Already an Orange Level member? Please Login | Need help? Contact support
BREAKING
Elite Texas QB commits to Clemson 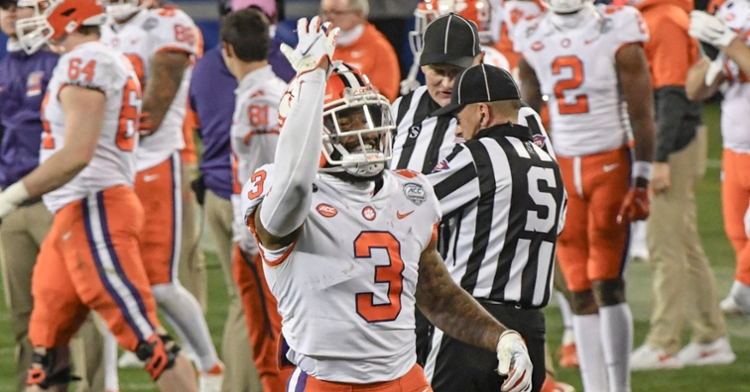 Rodgers and Powell both went out on a high note. (ACC photos)

We continue our look at the Tigers’ season position-by-position with the wide receivers:

David Hood: I will always remember 2020 as the year Cornell Powell and Amari Rodgers had breakout seasons while the rest of the wide receivers struggled to stay healthy.

It seems like each of the wide receivers expected to contribute in 2020 spent time on the injured list in 2020, with Frank Ladson and Joseph Ngata struggling to stay healthy and on the field. Ladson went from seven catches to 18, while Ngata went from 17 receptions to just seven. That means those two 5-stars have 25 and 24 career receptions, respectively, in two seasons.

Meanwhile, Powell and Rodgers made themselves some money with their seasons. Powell was the go-to guy on the outside, but it’s interesting to note that Powell didn’t make a big impact until freshman DJ Uiagalelei took over at quarterback for the Boston College game. Powell entered that game with 14 receptions in six games but caught 11 passes in the comeback win. He then had six big receptions the next week at Notre Dame and had 39 receptions over the season’s final six games.

Rodgers simply did what Rodgers does, make big catches and move the chains, leading the Tigers in receiving yards and receptions and tying with Powell for the lead in touchdowns.

By the end of the season, however, this group was hurting, and the fact that Powell and Rodgers put up the numbers they did is a testament to those two players and Trevor Lawrence and Uiagalelei.

Brandon Rink: And add in Justyn Ross’ 2020 injury absence and the efficiency was pretty good as Rodgers and Powell answered the bell. With the referenced injuries and inexperience hurting the two-deep, Clemson had to have their playmaking ability shine through and they were up for the task in big games (Rodgers with 93 YPG/TD vs. ranked opponents; Powell with 93 YPG/3 TDs vs. ranked opponents).

EJ Williams had to come on down the stretch and became a regular Lawrence target with nine catches in 14 balls thrown his way for 125 yards and a TD against Playoff teams Notre Dame and Ohio State to close the year.