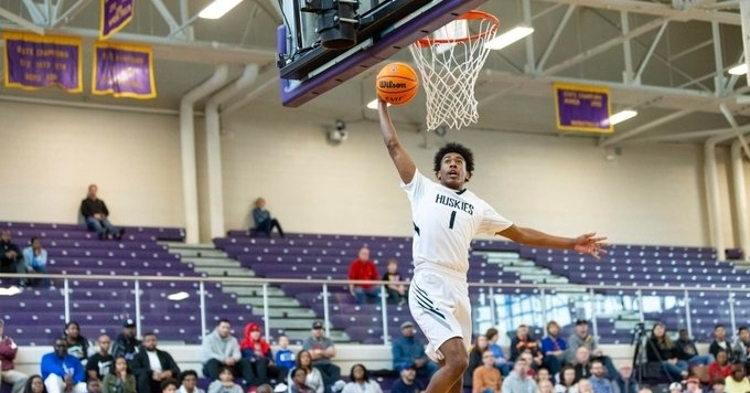 Taylor has been a rising prospect this year.

Clemson went into the Tar Heel State to pick up its latest 2021 pledge.

Wake Forest, North Carolina shooting guard Lucas Taylor announced a commitment to Clemson Friday evening. He is rated the No. 7 player in North Carolina as a three-star prospect and picked the Tigers over Marquette, Wisconsin, Davidson and Cincinnati.

Taylor was a big fan of the direction Clemson basketball is going in prior to his announcement.

“I feel like they are definitely building something and trending in the right direction. They have some really good guys. PJ Hall, Lynn Kidd and O-Max (Olivier-Maxence Prosper), three really good bigs. Once I will come my freshman year, the main guy that would be in my spot would be John, that’s about it,” Taylor said of the potential scenario with Clemson prior to committing. “They have a lot of great bigs to play off of, which I think is really intriguing. I’ve played against PJ before. He’s really, really good. And in my class, they have Josh Beadle and Ian (Schieffelin) committed which are really good guys to play off of from my position. That’s really intriguing. I feel like they are really trending in the right direction. They are getting better and better guys and Coach Brownell is really great coach. He has a lot of different things that he can do with them and with the better guys, it makes things a lot easier on them.”

He is a third Clemson pledge for 2021, joining Columbia (SC) guard Joshua Beadle and Loganville (GA) big Ian Schieffelin. Clemson moved up 10 spots in the 247Sports Composite to 36th with Taylor's commitment.