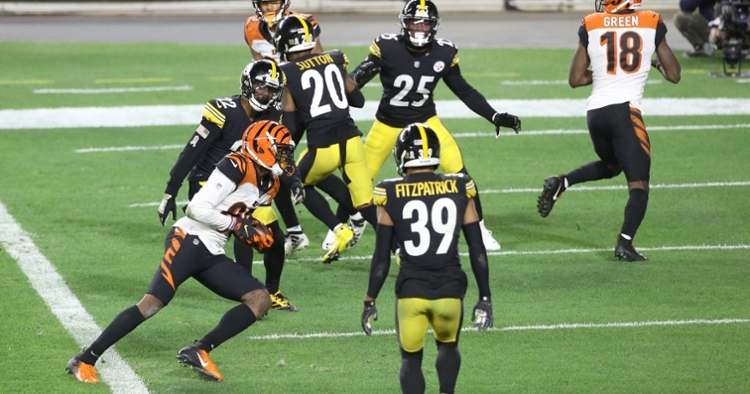 Coming into Sunday's game against the Steelers, Higgins had 33 receptions for 488 yards (14.8 ypc) and three touchdowns.

Burrow connected with Higgins in the second quarter against the Steelers with a short two-yard touchdown on a fourth-down play. He celebrated the score by dunking on the field goal crossbar, which didn't draw a penalty.

For the game, Higgins already has six catches for 102 yards and a score.

He's currently on pace for over 1,000 yards in his rookie campaign, making many teams probably regretful that they passed on him in the previous NFL Draft.

Burrow and Higgins connect on 4th down for the TD! #SeizeTheDEY