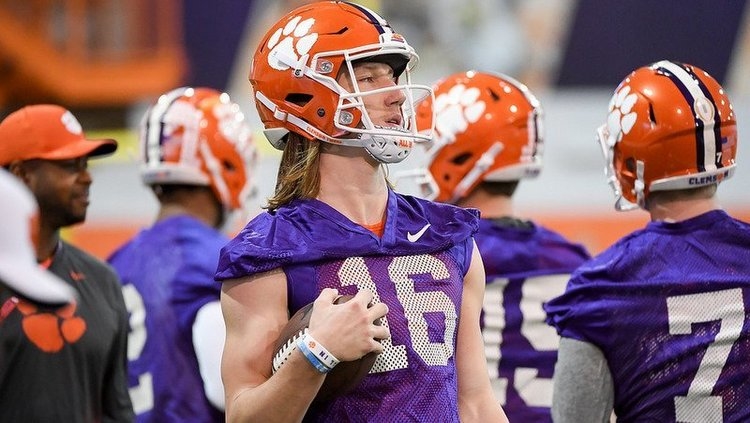 Clemson quarterback Trevor Lawrence was injured with a right shoulder by Evan Foster slammed into his head during a third-down scramble in the second quarter against Syracuse.

TigerNet will give you updates when we hear more information throughout the day:

Update: He is currently in the injury tent on the sidelines for more observations.

Update 2: Lawrence emerges from the tent, no helmet but sits in the QB1 chair with OL.

Update 3: Lawrence is now headed to the locker room.

Update 5: Swinney during his halftime interview said the following:

"I'll find out when I get back in there. He took a shot and got banged out there. We are checking him out and hopefully, he will be able to come back."

Update 6: Lawrence will not return to the game today.

Update 7: Tony Elliott said in postgame interviews that Lawrence is currently in the concussion protocol.

Clemson QB Trevor Lawrence is in the medical tent after being injured on this play. pic.twitter.com/sRANlAz4Vw