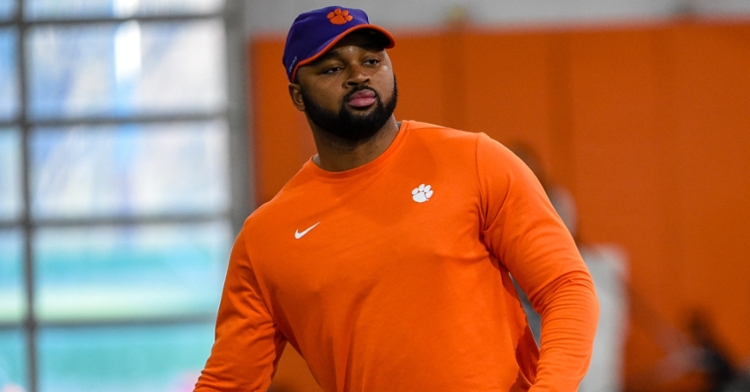 Over the last two seasons, Brewer and McDowell have played a role in helping Clemson compile a combined record of 24-3 (.889), including a 16-1 record (.941) in Atlantic Coast Conference games, back-to-back ACC Championships, consecutive trips to the College Football Playoff and No. 2 and No. 3 rankings in the final polls, respectively.

"These three young coaches gained valuable experience while winning a lot of games," Bowden said. "They have a true understanding of what it takes to win, and the confidence to do the right things. I'm surrounding myself with coaches that have experience winning games and winning championships. I believe success breeds success, so I'm excited to have these dynamic, young coaches on my ULM staff."

Brewer spent the last two years as a graduate assistant on the defensive side of the football.

A native of Jacksonville, Florida, Brewer was a four-year letterman as a defensive back at Clemson from 2009-12 and was selected as a permanent team co-captain as a senior. He appeared in 53 career games with 34 starts for Clemson, recording 193 career tackles, 16.5 tackles for loss including 3.0 sacks, five interceptions, 23 pass break-ups and three forced fumbles. Following his senior season, Brewer received an invitation to the East-West Shrine Game.

"Xavier Brewer is a former team captain, who knows all about leadership," Bowden said. "He's a man of strong character, who was extremely active in the FCA (Fellowship of Christian Athletes) at Clemson. Xavier has a bright future as a coach, and he'll be a great mentor to our young defensive backs."

"I'm excited for new beginnings and the opportunity to bring all of my experience of playing and coaching this game to the highest level here at ULM," Brewer said. "I understand the importance of teaching the transferable skills from this game to life, and I look forward to going through that process with these fine student-athletes at ULM.

"Being around Coach Bowden for the last two years, I appreciated his humility to learn and grow even with all of his previous success as a head coach. For that reason alone, I knew he was a man I wanted to work for."

He earned his bachelor's degree in psychology from Clemson in 2012.

Brewer signed as an undrafted free agent with the Dallas Cowboys in 2013 and spent two seasons (2014-15) playing for the Arena Football League's Jacksonville Sharks. He worked as a personal trainer during and after his pro football career.

In 2019, McDowell returned to his alma mater, Clemson, as an offensive graduate assistant before assuming an offensive player development role in 2020.

"Rod McDowell was a four-year letterman at Clemson, who became an All-ACC running back," Bowden said. "He played for and coached under Tony Elliott, one of the top running back coaches in college football. Rod brings energy and youthful enthusiasm to work every day. He'll have a positive impact on his position group as well as the entire offense. Rod also will demand his backs display physical and mental toughness."

"With opportunity comes growth," McDowell said. "When Coach Bowden offered me the opportunity to become a part of the ULM family, I understood what an amazing opportunity it is to help grow this program while leading young boys into becoming men. I'm looking forward to equipping them with the tools of life – both on and off the field – while playing the game God has blessed us to play and coach."

A native of Sumter, South Carolina, McDowell graduated from Clemson with a bachelor's degree in sociology in 2013.

During Morris' three-year tenure at Clemson, the Tigers produced a combined record of 39-3 (.929), including a 24-1 ledger (.960) in league games, three-straight ACC titles and three consecutive appearances in the College Football Playoff. In 2018, Clemson went a perfect 15-0, 8-0 in ACC play, and won the National Championship with wins over Notre Dame (30-3) and Alabama (44-16) in the playoffs.

A four-year letterman from 2014-17, Morris played a key role in helping the Tigers finish with an ACC-record 50 wins, three ACC Championships and three CFP appearances, including the 2016 National Championship. As a senior in 2017, he was selected as a team co-captain. Morris appeared in 48 career games and played more than 1,200 snaps. He was named co-winner of Clemson's 12th-Man Award on offense in 2016.

"Maverick Morris played in a lot of meaningful games during his playing career and was selected a permanent captain as a senior in 2017," Bowden said. "He's been involved in two National Championship Games, one as a player and one as a coach. So, he knows how to win.

"When I first arrived at Clemson, Maverick was one of the first young coaches who jumped out at me. He's been trained by an outstanding offensive line coach in Robbie Caldwell, who mentored him and prepared him to become a college coach."

"It was a no-brainer when Coach Bowden offered me the job," Morris said. "After working side-by-side with Coach Bowden for the past two years it is easy for me to see that he will do a phenomenal job as ULM's head football coach. Countless times, I watched him display humility and hard work, and he loved every second of it. In him, I saw a coach that was eager to learn more, but most of all, I see a man who wants to build something special and leave a legacy. That's exactly what we intend to do. The best is yet to come!"