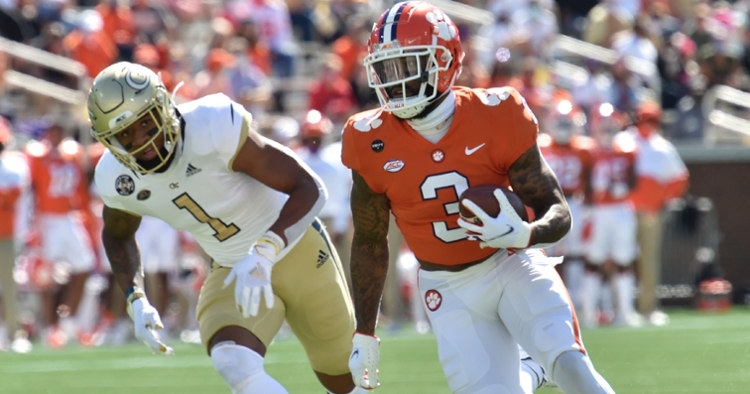 Clemson's Playoff run has been at the height of efficiency in college football this season and Pro Football Focus' All-ACC team reflects that with a league-high 15 picks.

"Lawrence has managed to get even better than he was in 2018 and 2019 when he recorded PFF grades of 90.7 and 91.1 as a true freshman and sophomore," Anthony Treash writes. "His PFF grade sits at 91.9 this season and the future No. 1 overall pick has diminished any doubts about his accuracy not being elite. There were some minor bouts of inaccuracy from Lawrence last season, but this year he has been pinpoint week after week. He has netted a 56.6% accurate pass rate on throws over 10 yards downfield this season, the third-best rate in the FBS."

"Just like he was in the past two seasons, Turner has been a difference-maker for the Tigers in 2020," Treash said of Turner, who was Clemson's lone name on PFF's All-American team. "He has put up an 83.4 coverage grade with three interceptions and the fourth-most defensive stops against the pass among FBS safeties (10). One area we needed to see Turner improve in this season was his tackling, and he has done just that. He entered the year with 21 career missed tackles on 94 attempts but this year has missed just four on 58 attempts."