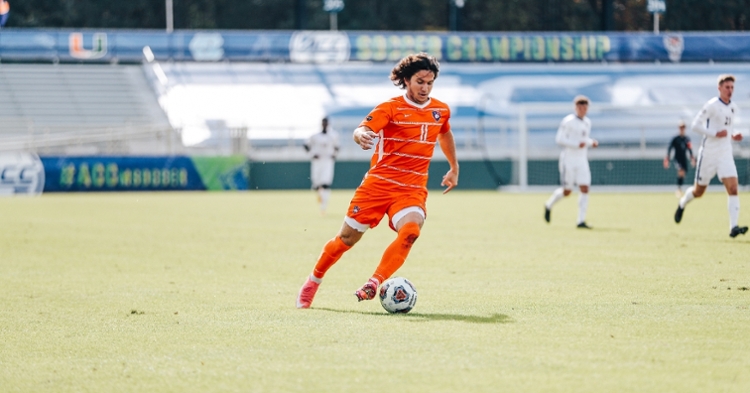 CLEMSON, S.C. -- Sporting Kansas City announced earlier today that it has signed Clemson forward Grayson Barber as a Homegrown Player. By signing with Sporting KC, Barber will immediately join the club and will not utilize the rest of his collegiate eligibility.

Prior to his arrival at Clemson, Barber was a member of Sporting KC’s academy system from the summer of 2015 through the end of 2017. While a part of the academy, Barber was named a member of the U.S. Under-17 Residency roster for the 2017 Spring Semester.

A native of Elgin, S.C., Barber will join Sporting KC after a marvelous career at Clemson. Across three seasons, Barber registered 44 points as a result of scoring 13 goals and contributing 18 assists. During the 2020 season, Barber led the nation in assists (7) and was ranked fourth in assists per game (0.64) while earning the start in each of his 11 appearances. Over the past two seasons, Barber has been responsible for five game-winning goals, with four having come during the 2019 season.

By returning to Sporting KC, Barber will join defender Amadou Dia who is a 2015 graduate of Clemson. Dia was selected by Sporting KC with the 20th overall pick in the 2015 MLS SuperDraft and returned to the club prior to the 2020 season following a three-year stint with Phoenix Rising FC, a member of the USL Championship.

Dabo Swinney on his philosophy with the transfer portal
Post your comments! Row86® jtmansmann