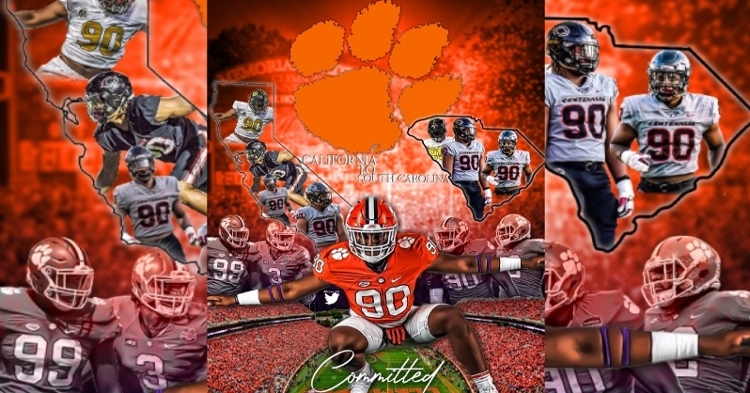 Clemson has had a No. 1-rated player commit in three of the last four classes.

The top-rated player in the nation committed to Clemson after a visit for the Tigers’ Elite Junior Day.

"God's purpose is to make something great out of you!" Foreman said in an Instagram announcement. "It is up to you whether you will fall in line with His leadership or resist it. I am 110% COMMITTED to Clemson University. #AllIn."

Clemson moves up to No. 1 in the 247Sports 2021 Team Composite rankings with its nine-man class, picking up four commits from the junior day event alone.

Foreman is ranked No. 1 by both Rivals and the 247Sports Composite. Clemson signed a No. 1-ranked player in the nation in the 2020 (Bryan Bresee) and 2018 classes (Trevor Lawrence).

Clemson had not signed a player from California since 1991 before the 2019 class and wide receiver Joe Ngata, but now is in line to have three-straight classes with Golden State reps after QB DJ Uiagalelei enrolled this year and Uiagalelei 2021 teammate also committed in wide receiver Beaux Collins.

God’s purpose is to make something great out of you! It is up to you whether you will fall in line with His leadership or resist it.. I am 110% COMMITTED to Clemson University #ALLIN