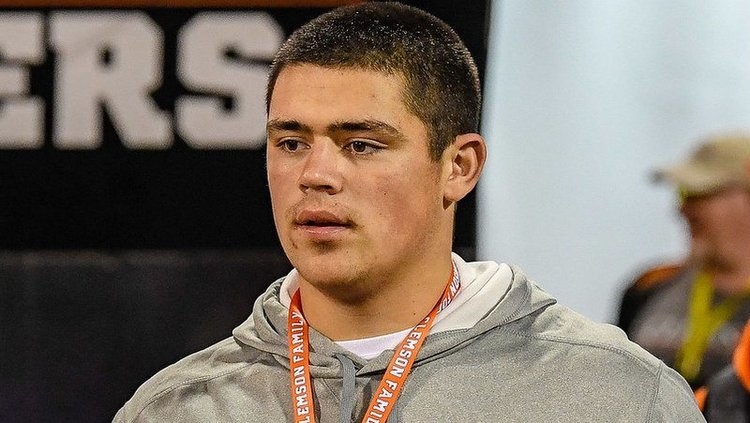 Bryan Bresee is one of nine Clemson commits at The Opening

The Opening Finals could just as well change its name to The Clemson Invitational.

Clemson will be represented by nine of its 2020 commits at the Opening Finals, an invite-only event in Frisco, Texas, at the Dallas Cowboys world headquarters. The event brings together over 100 of the nation’s top prospects. Most come from the 2020 class, but a few athletes from future classes are invited as well.

The Tigers had 11 players invited, but 5-star quarterback DJ Uiagalelei decided to stay home and practice with his team and 5-star defensive end Myles Murphy is dealing with an ankle injury. \

Bresee, one of the top players regardless of position in the 2020 class, can’t wait to get started.

“I was out there last year and it was a lot of fun. This year, we are going to have nine commits out there and it will be great just hanging out with everybody,” Bresee told TigerNet. “I will be rooming with Tre (Williams). We've got to hang out a bunch, but out there we will get to spend some time together and work together.”

Bresee said it will be fun to spend time with his future teammates.

“There were just three of us at the Rivals camp, and that was a lot of fun just getting to spend time with them and getting to know them in person and not just over the phone,” he said. “It will be a lot of fun to go out there and getting to work with the people I am going to be with over the next four years of my life.”

Bresee was one of the few rising juniors invited to last year’s event in Frisco, and he was easily one of the best defensive linemen in attendance.

“I got in some really good work with the dudes in a class above me. And then working and learning from Willie McGinest and Demarcus Ware and those kinds of guys was great,” he said. “Just learning from them - those are the dudes you want to be learning from. Working on moves with them and getting some of their insight was really good for us.”

He said he’s also working on recruiting Flowe after the duo spent time together at the Rivals Five-Star Challenge last week.

This would be big boss moves right here.. https://t.co/gizYMX8fkt