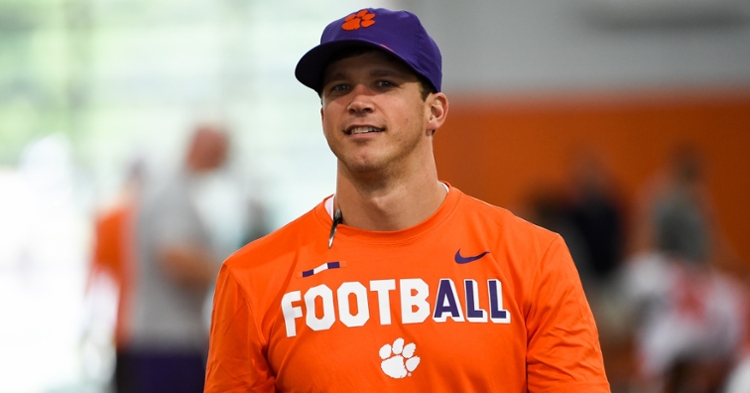 Grisham started as a graduate assistant with Clemson, much like his predecessor Jeff Scott.

Former Clemson receiver Tyler Grisham has been promoted from a offensive analyst role to receivers coach for the Tigers, former Clemson co-offensive coordinator and receivers coach Jeff Scott confirmed in a press conference Wednesday. The move is expected to be announced officially this week.

Grisham played in 40 games as a Clemson player and posted 132 catches for 1,390 yards and eight touchdowns. He ranked seventh in the ACC with his 60 receptions in 2007.

Grisham had a short stint in the NFL with the Pittsburgh Steelers and Denver Broncos, mostly on the practice squad. He did log one catch for 14 yards with the Steelers in 2009.

Grisham is a Birmingham, Alabama native.