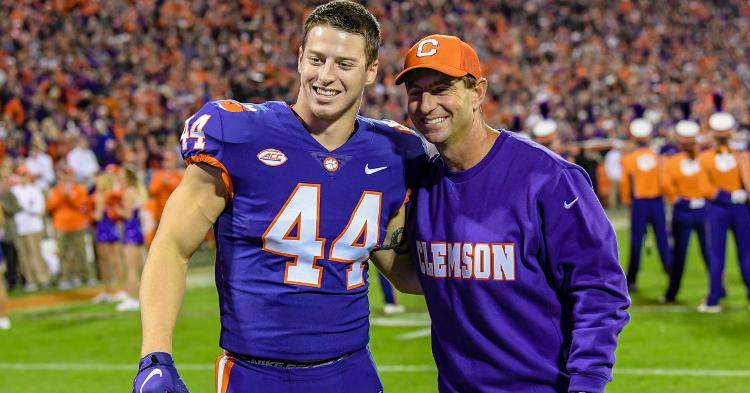 Clemson tight end Garrett Williams will not play for the Tigers in 2019. Williams would have been a redshirt senior but may continue with the Tigers as a student coach while he continues to rehab his knee.

Williams tore his ACL in 2017 and redshirted that season. He contributed at H-Back in 433 snaps over 14 games (13 starts) in 2018 including his first career touchdown on a two-yard touchdown run from the fullback position at Florida State.

Williams comes from a long line of military veterans and wants to pursue a commission in the Marine Corps once he leaves Clemson.