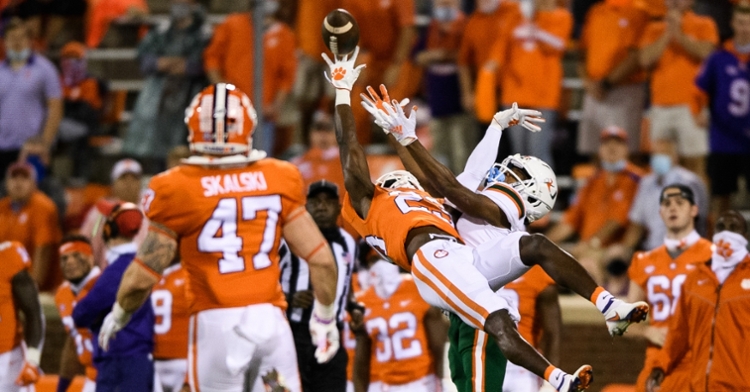 Booth is among a number of contributors returning on defense. (ACC photo)

CBS Sports joined the mix of national outlets ranking Clemson No. 1 in its early 2021 rankings.

The top-5 is rounded out by Oklahoma, opening-opponent Georgia, Alabama and Ohio State.

"Aside from the opener against Georgia (in Charlotte), Clemson's biggest challenge may be at NC State."