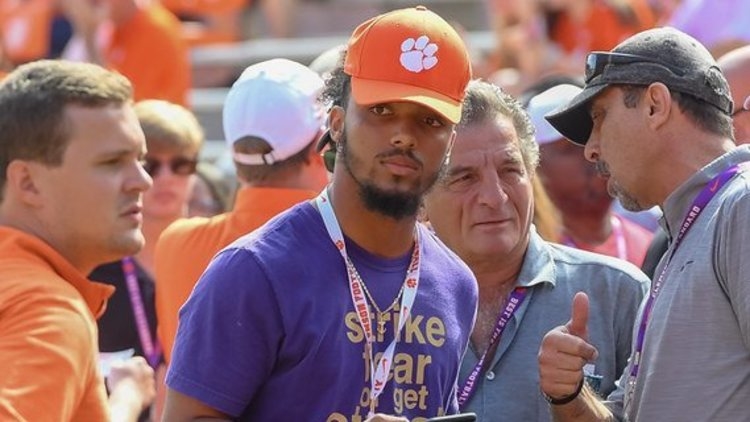 Mellusi looks to make an impact in 2019

With the graduation of Adam Choice and Tavien Feaster entering the transfer portal, running backs coach Tony Elliott will be looking to the freshman running backs to make an impact.

Entering May, Clemson only has two scholarship running backs on campus – junior Travis Etienne and sophomore Lyn-J Dixon – so newcomers Chez Mellusi and Michel Dukes will be counted on in the running back rotation.

Mellusi comes to Clemson from Naples (FL) where he was the No. 137 player according to ESPN and finished his career with 4,409 all-purpose yards (3,905 rushing yards) and 55 total touchdowns.

At 6-1, 210-pounds, Mellusi is trying to prepare his body for the rigors of playing for a national champion.

“I've gotten a lot bigger and I've been focusing on getting bigger because if I'm going to play college football, I have to brace for big contact,” Mellusi told TigerNet recently. “Coach Elliott really doesn't care as long as I play well, listen to him and get coached well by him. As long as I'm comfortable is what he says. “

As for playing time, Mellusi said that Elliott has said that the freshmen will be counted on.

“Multiple times, he's said that he has to get freshmen ready to play next year. It's very exciting,” he said.

TigerNet is reaching out to the remainder of the 2019 recruiting class for a final interview before they arrive in June, and has a special Q&A with each player. Here is what Mellusi had to say.

Q: What has life been like since you signed on the dotted line?

A: I've been in the recruiting process for four years so it was like a weight lifted off my shoulders. It was just something that I didn't have to worry about.

Q: Do you know who your roommate will be?

A: Mikey Dukes will be my roommate. We've never met before but we talk all the time.

Q: What number will you wear when you get here?

Q: What are you most looking forward to?

A: Just the learning experience. Once I get there, I'll be trying to figure things out, trying to get into the faster pace of college but once I get that settled, I think it will be easy.

Q: Is there one game you're looking forward to?

A: Not necessarily, but if I had to say, it would be playing in a national championship game. I'm from a program in high school that's like that. It's just a mindset that I've always had. I think being part of the best team, you have to like winning and I just like doing whatever I can to contribute.