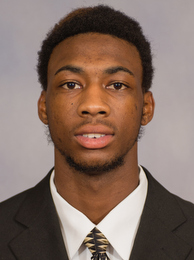 Wide Receiver
B I O
Redshirt junior who has been the team’s best deep threat at wide receiver, before suffering a season-ending injury in the 2015 opener ... has 79 receptions for 1,366 yards and 10 touchdowns in 1,165 snaps over 27 games (15 starts) in his career ... seventh in school history in yards per reception (17.3) ... preseason first-team All-American by Phil Steele ... rated nation’s No. 5 wide receiver in the preseason by Lindy’s.

2015: Member of the Biletnikoff Award preseason watch list, but suffered fracture in his neck after colliding with the goal post padding on Clemson’s first touchdown of the season, a four-yard catch from Deshaun Watson ... redshirted.

yesterday evening, I got in my truck and the station was on